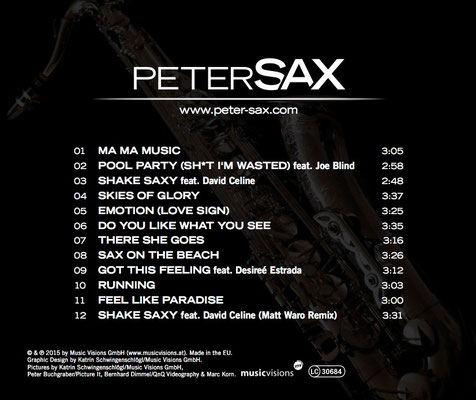 Evolution … a word which has a strong meaning. And this is why it has been chosen as the title of the 1st International album of Peter Sax.
„The music shall thrill you to shake and dance!“ says Peter Sax about his brandnew album, which definitely satisfies the expectations of it's name.

With this album he clearly shows, that he has enormously developed as an artist. Peter Sax wanted to point out that he is not a sax player who also sings, but he is a singer and performer who also plays saxophone. This is successfully done on Evolution. „The saxophone is only a part of me. Same like others perform with a guitar ... I'm just more saxy than them!" comments Peter Sax.

"This album is a big step in Peter's evolution as an artist. We had different factors to take into consideration. We had to mix both: The music Peter likes and combine it in a way to make it more accesible to two types of public we are targeting, Radio and Club. So before starting to work on the music, a lot of effort on fixing the direction of the album had to be done" quoted Jean Sebastien Permal , A&R and creative consultant of Peter Sax. „Peter understood that this album will bring a completely change to him. We wanted the people to realize the true artist he is.“

„From Peter's last single „Saxy“ we learned a lot out of the different markets like GSA, France, Spain, Scandinavia, etc. People are attracted by Peter because he is a performer, singer and additionally also a sax player. This is very unique and they are very surprised to see the same person singing and playing saxophone. So we decided to also bring the new songs to a more international level." says Katrin Schwingenschlögl, marketing and communication manager of Music Visions GmH.

In order to do something international his team had no other choice than to bring on a line of big collaborators from all around the world to work together on Evolution. Here is the list of some writers and producers who contributed to Evolution:

Peter Sax also wanted to try something different which he had not done before: Working with other artists to combine influences and create a unique musical experience. So on three songs he featured other artists, each from a different continent: David Celine from Mauritius/Africa, Joe Blind from Germany/Europe and the beautiful Desireé Estrada from the USA.

No more talking ... listen to the album and get a taste by yourself! 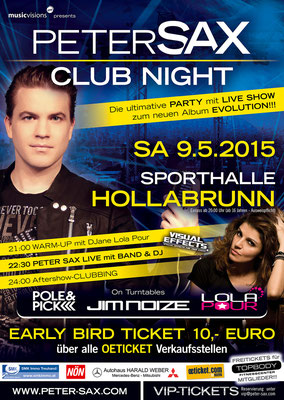 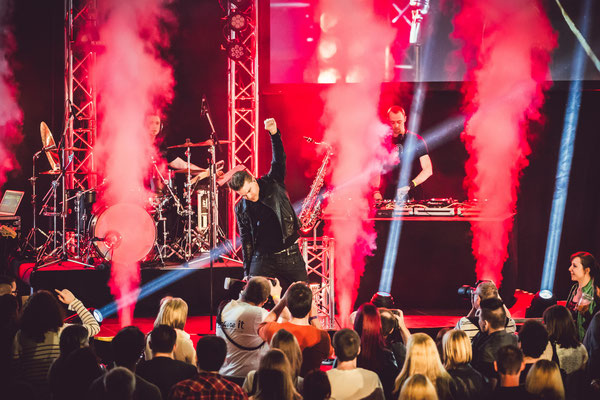 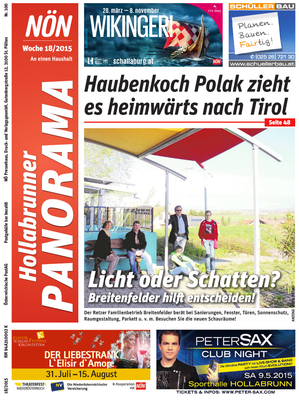 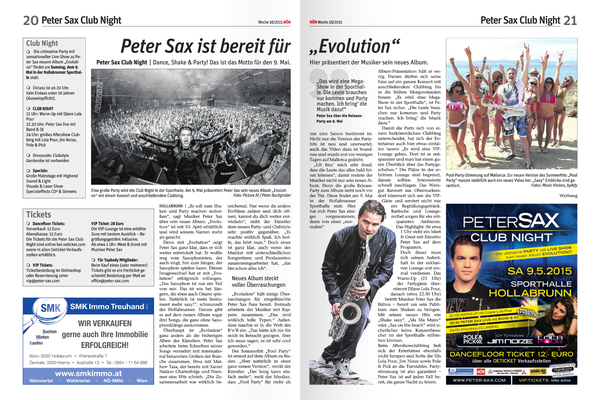 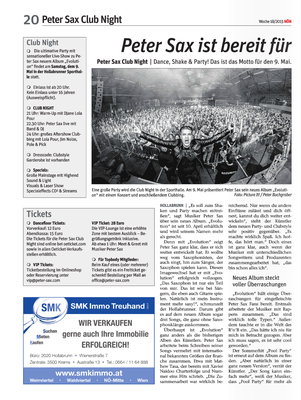 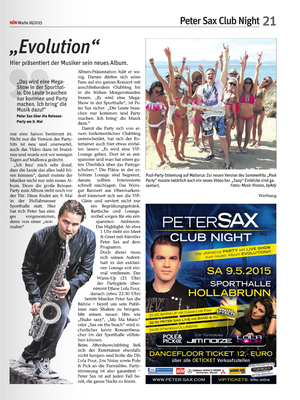 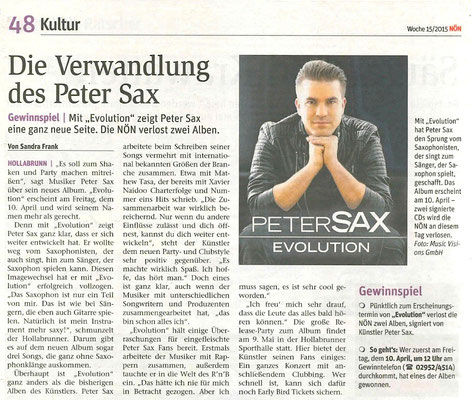 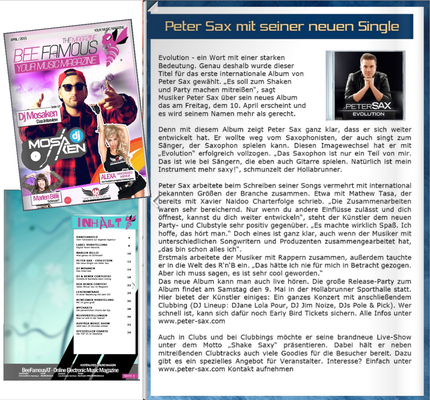 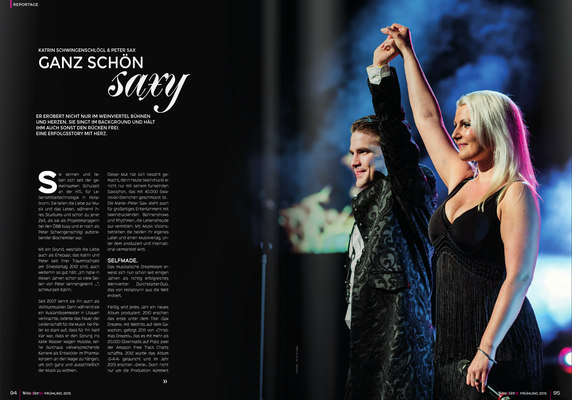 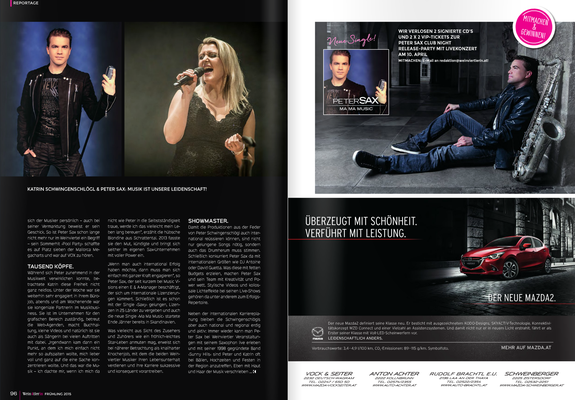 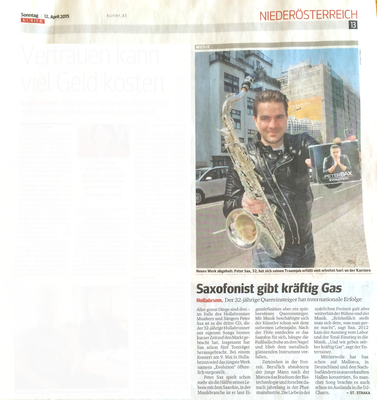 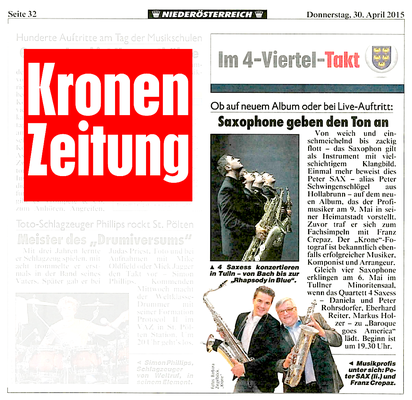 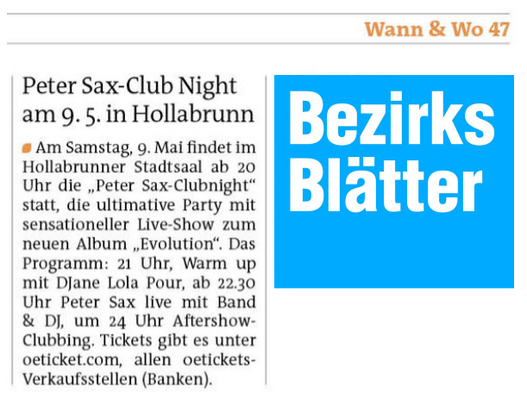 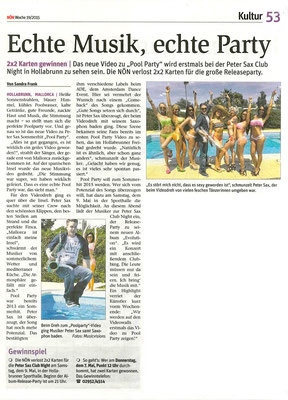 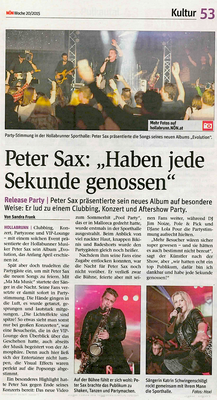 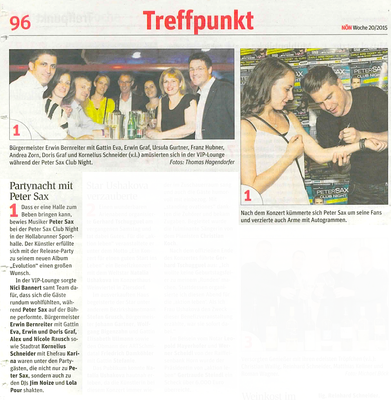 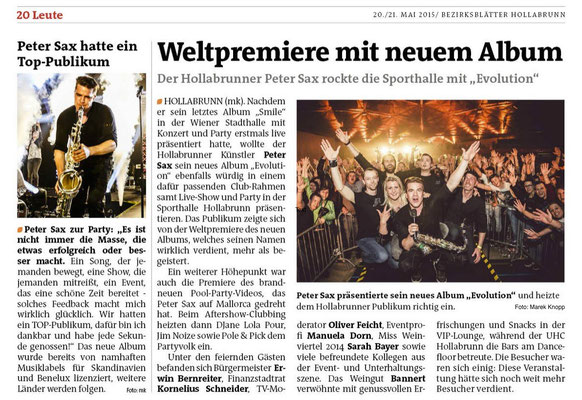 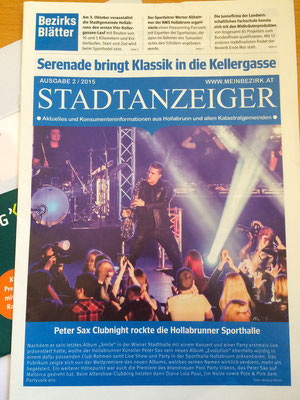