Join Peter Sax on his roadtrip throughout the westcoast of the USA.

This song was born during the journey on the road. Inspired by amazing impressions and fascinating adventures - from neon lights to streets of dust, from West-LA to Yosemite.

It's about thrilling nature and people with different smiles.

Be part of it and feel the vibe!

And putting on my cruising vibe.

I’m gonna do everything I want.

From West LA to Yosemite,

a thousand people with dfferent smiles.

To streets of dust,

From West LA to Yosemite,

Felt love crawling underneath my skin,

Seen waves crash and fall back to the sea,

Life's a journey, not a destination,

Life's a journey, not a destination,

Interview and portrait by Querétaro 360 Mexico:

Interview at "Hollabrunn am Wochenende" on Radio Ypsilon (German) by Florian Graf.

Insights and infos's about the single and questions never been asked before: 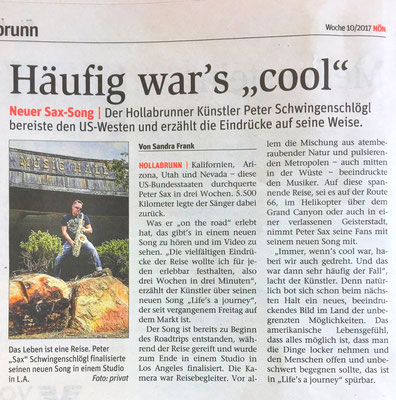 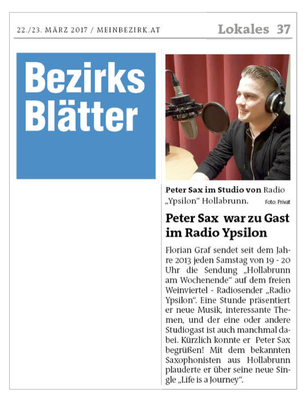 Produced and mixed by Kriss Raize

Published by Music Visions GmbH, Minds Of Music, We Are Creative Edition, Sounds of Wolken Edition